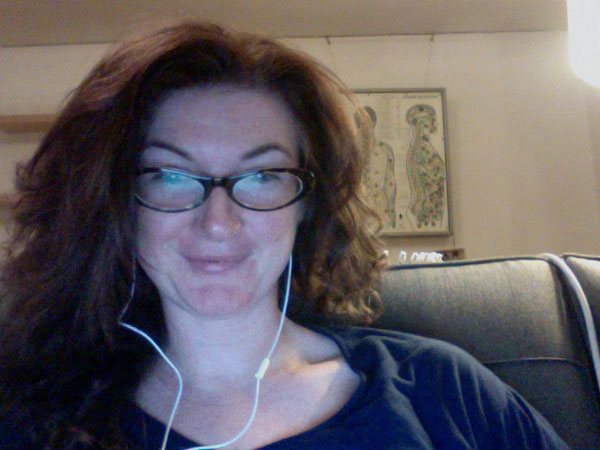 About a year ago, I added “Listen to 1,000 New Songs to my Life List, and started in. You guys sent me music, I listened to a lot of Pandora, and ten months later here we are. This project has enriched my life, so I’d like to do something on the site with music from now on, I’m just thinking about the best way to do it — please let me know if you have ideas in comments. For now, here’s a list of all my favorites over the past year.

These are my top ten:

1. All Summer from Best Coast, Kid Cudi and Vampire Weekend’s Rostam
2. Home from Edward Sharpe & the Magnetic Zeros
3. Hand Me Down from Visqueen
4. Invincible from OK Go
5. Dominos from The Big Pink
6. Like a G6 from Far East Movement
7. When the Night Comes from Dan Auerbach
8. Dirty Laundry from Bitter:Sweet
9. Make You Feel My Love cover from Adele
10. Those to Come from The Shins

And here are the rest of the songs I linked to over the course of the 1,000 Songs Project. I’ve bolded more favorites:

I and Love and You from The Avett Brothers
I Thought of You Last Night from Jeri Southern
Him from Lily Allen
Vanilla Twilight from Owl City
Listomania from Phoenix
La Alergía from Very Be Careful
The High Road from Danger Mouse and James Mercer on the Broken Bells Album
Young Forever from Jay-Z and Mr. Hudson
Hologram from Katie Herzig
Safety in Numbers from Stars of Track and Field
Horchata from Vampire Weekend
Book of Love cover from Nataly Dawn
Oh Yeah! from Housse De Racket
Boy (extended mix) from Book of Love
Pursuit of Happiness (Nightmare) from Kid Cudi, MGMT, and Ratatat
Two Weeks from Grizzly Bear
Undercover Martyn from Two Door Cinema Club
Brand New Shoes from She and Him
Let Me Down Easy from Bettye Lavette
San Francisco from Brett Dennen
5 More Minutes Please from Meghan Smith
Balloons from The Postmarks
French Navy from Camera Obscura
Away with Murder from Camera Obscura
How You Like Me Now from The Heavy
I Like You So Much Better When You’re Naked from Ida Maria
Meet Me In The City from The Black Keys
Runaway from the National
God Help the Girl from God Help the Girl
Do You Love Me from Amanda Jenssen
Destroy Everything You Touch from Ladytron
Idlewild from Julia Kent
You’re Not All That (Feat. Jessica Darling) from The Herbaliser
Ik wil alleen maar zwemmen from Spinvis
Not California from Hem
Ce Jeu from Yelle
Comme des Enfants from Couer de Pirate
Robots from Dan Mangan
Cavalier Eternal from Against Me!
Welcome Home from Radical Face
Summer Sun from Koop
Swim from Surfer Blood
Summertime from Josh Rouse
Catch the Sun from Doves
Sweet Disposition by Temper Trap
Know How by Kings of Convenience
The Great Escape from The Rifles
Call and Response from Or, the Whale
My Good Gal from Old Crow Medicine Show
Laundry Room from The Avett Brothers
White Winter Hymnal from Fleet Foxes
Steady Rollin’ from Two Gallants
No Ceiling from Eddie Vedder
So Bad from Arum Rae
Air Plane from Local Natives
You and I from Ingrid Michaelson
In My Cup from Richie Loops
Samson from Regina Spector
Le Moulin from Yann Tiersen
Cigarettes and Chocolate Milk from Rufus Wainwright
Rhythm of Love by Plain White T’s
I don’t know from Lisa Hannigan
There is a Light (but it’s not for everyone) from Rae Spoon
You Turned my Head Around from Dean & Britta
I Sing I Swim from Seabear
Quiet from Non Tiq
Don’t Save Me from Marit Larsen
Cry Me a River from Julie London
Bag of Hammers from Thao with the Get Down Stay Down
I know how you are going to die tonight. from Chris Bathgate
So Sleepy from Fiona Apple
God Loves You Micheal Chang from Dent May and His Magnificent Ukulele
Modern Man from Arcade Fire
Good Enough from Tom Petty and the Heartbreakers
Come Alive from Janelle Monae
Shine On from Seth Bernard and Daisy May
There’s An Arc from Hey Rosetta!
Conversation 16 from The National
Summer Special from Land of Talk
Ambling Alp from Yeasayer
Trashcan from Delta Spirit
Don’t Bother Me from the Blakes
Dirty City from Kids and Animals
Roll Away Your Stone from Mumford and Sons
Nothing Else Matters covered by Lissie
The Start of Something from Voxtrot
Just Impolite from Plushgun
Help, I’m Alive from Metric
Lauren Marie from Girls
Fix Up, Look Sharp from Dizzee Rascal
Oh My God from Ida Maria
Lost Cause from Beck
Don’t Stop from Brazilian Girls
Wish Someone Would Care from Irma Thomas
The Garden from Mirah
The Weather from Built to Spill
Acts of Man from Midlake
Little Bit of Feel Good from Jamie Lidell
Such Great Heights cover from Iron and Wine
You’re Gonna Miss Me from Lulu and the Lampshades
Rolling in the Deep from Adele
Be My Thrill from The Weepies
Lover Gone from Peggy Sue and the Pirates
The Rhythm You Started from Sophie Madeleine
Clementine from Sarah Jaffe
One Day from Sharon Van Etten
Smoke a Little Smoke from Eric Church
Before I’m Old from Fictionist
Bullfighter Jacket from Miniature Tigers
Big Jet Plane from Angus and Julia Stone
Holding Us Back from Katie Herzig
Via Con Me from Paolo Conte
I Love You More Than You’ll Ever Know from Donny Hathaway
Two of Those Two from Maria Taylor
Doo Wah Doo from Kate Nash
That Day from The Villagers
Firework from Katy Perry
<a href="http://blip.fm/profile/MaggieMason/blip/61824479/BoB–The+Kids+(feat.+Janelle+Monáe)+(Musikal+Tube)+%7C+Lyrics” target=”_blank”>The Kids from B.o.B. featuring Janelle Monae
It All from Lou Rhodes
Capturing Moods from Rilo Kiley
Black and Yellow from Wiz Khalifa
Sugar from Dan Wilson

Thanks again for your emails, comments, and mixtapes over the course of the project. The CDs you’ve made me have been particularly touching. I like you.

And again, let me know if you have an idea of what you’d like to see in as a music feature on Mighty Girl from here on out.