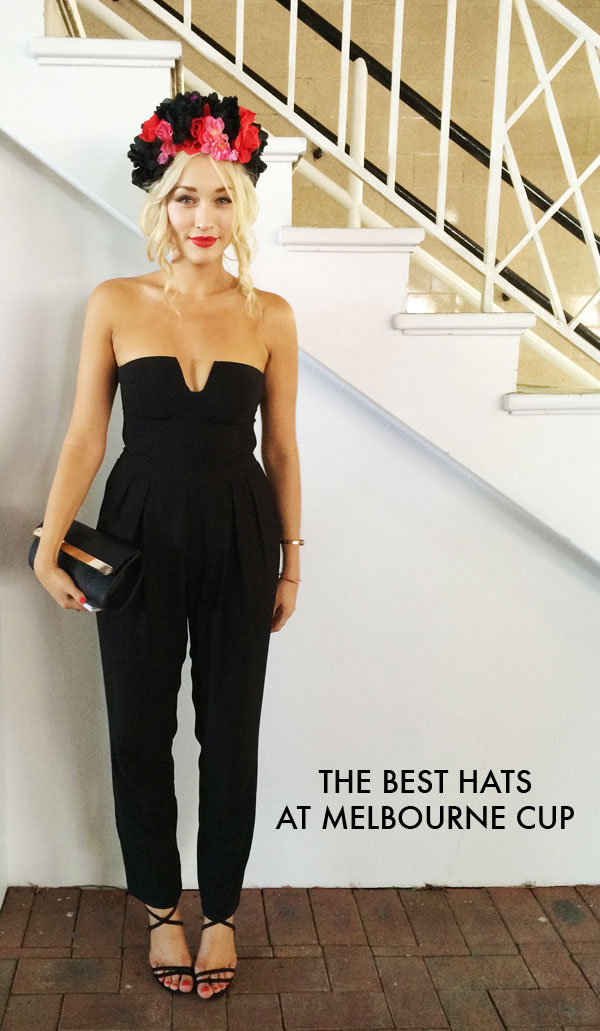 Tourism Australia asked me to choose six Life List goals to accomplish while we were there for Go Mighty’s Go Australia trips, and they suggested I attend the Melbourne Cup. I was told it was like the Kentucky Derby writ large. 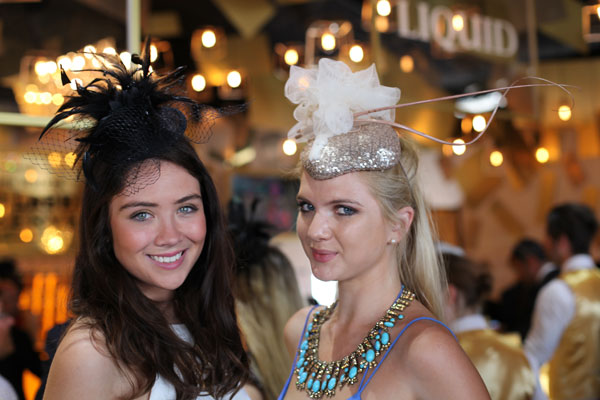 That was an understatement. Imagine the Super Bowl falling on the Fourth of July, but everyone is dressed for church on Easter Sunday, and drinking like it’s St. Patrick’s Day. In other words, it’s a hell of a time. 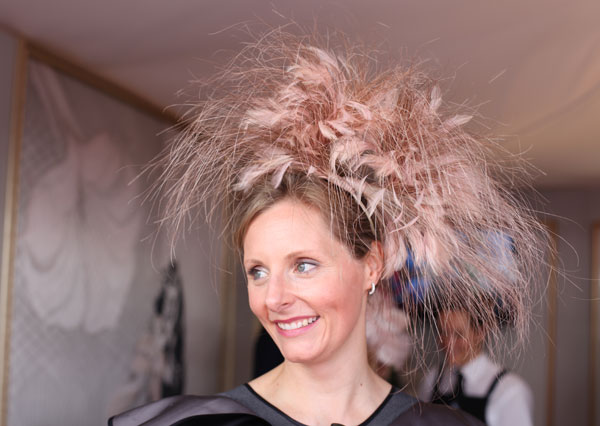 The city shuts down, except for the pubs, which are open to televise the races. Everyone in Melbourne has the day off work, and all the ladies wear charming hats. 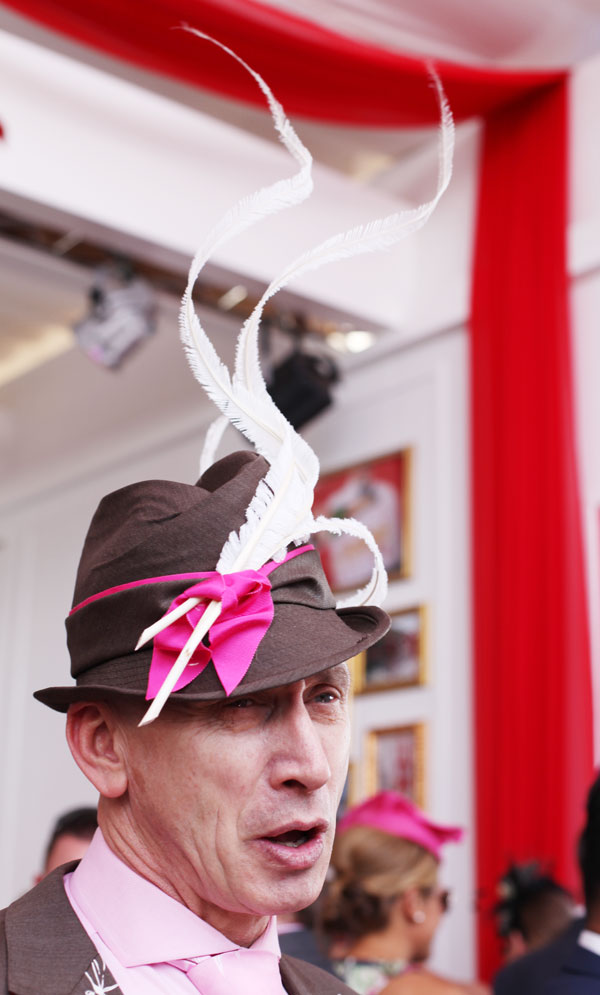 Some of the gentlemen too.

I came home with so many photos of hats — this isn’t the half of it. It seemed criminal not to record them all for posterity. I’d love to go back and set up a hat portrait booth there some day. 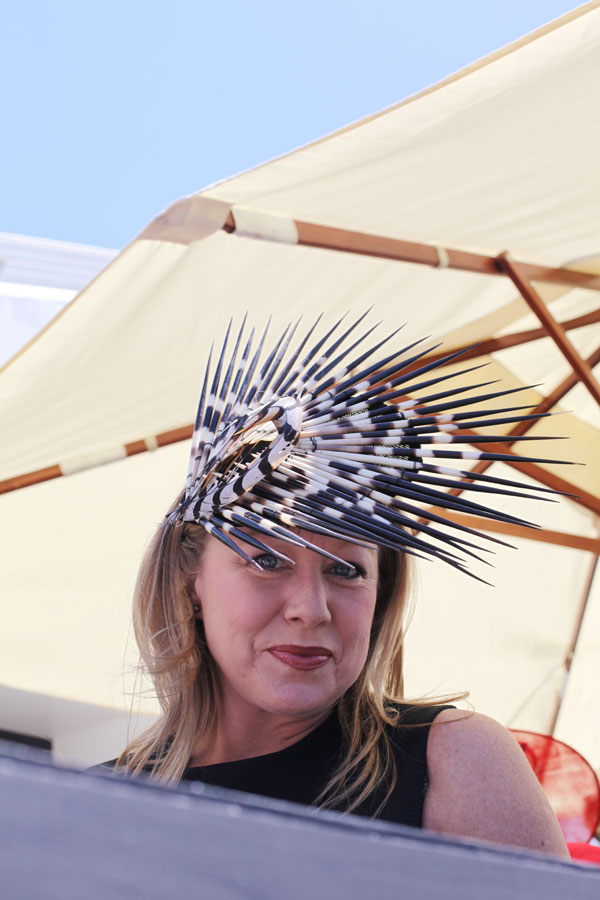 I called up to this lady to get a photo. Her hat is made of porcupine quills. Amazing, right? 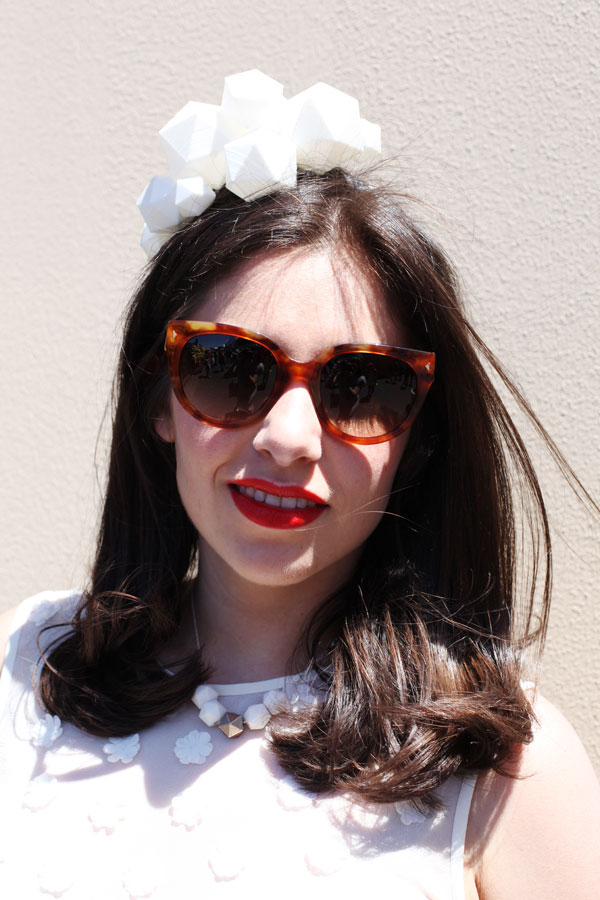 I favor the hats that look like advanced DIY, because I love the idea of someone being up late the night before with a glue gun and a dream. This hat is made of little plastic geometric blocks. 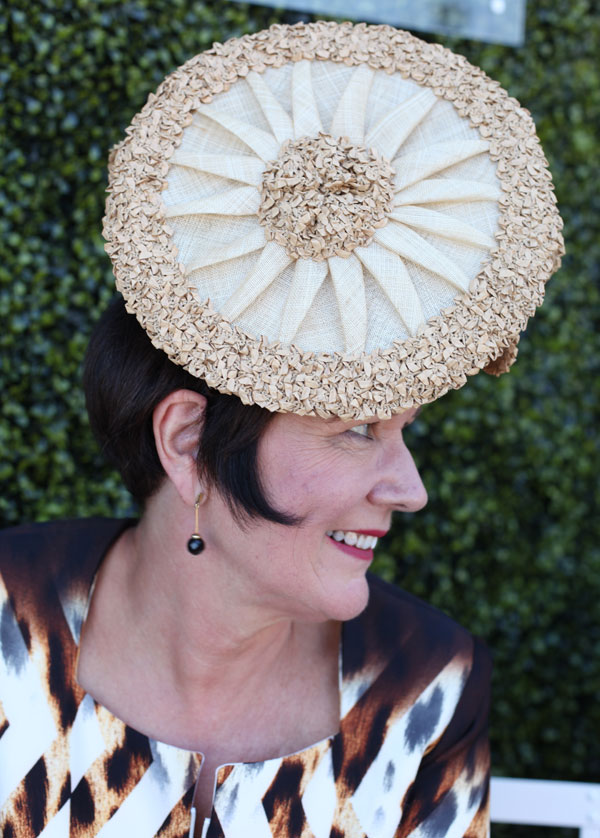 This lady is a milliner. 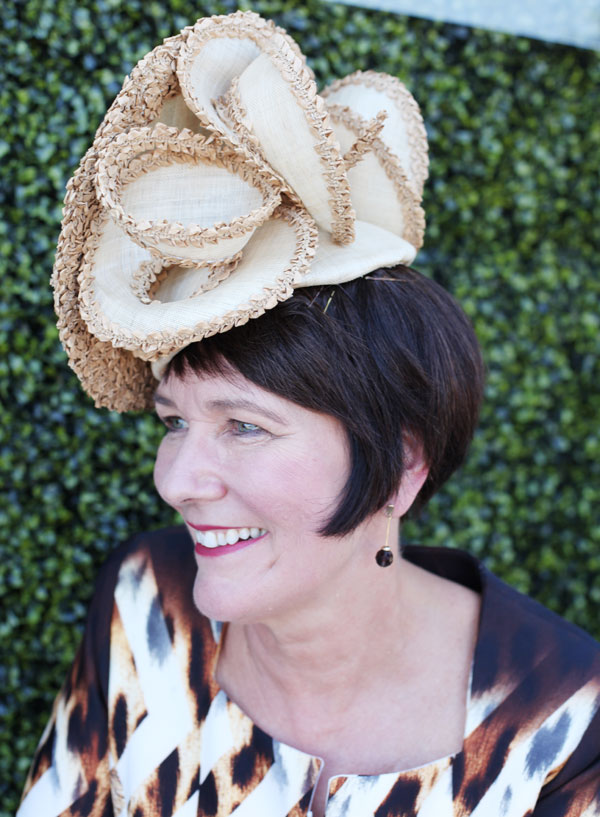 Her hat looked like a different sculpture from every direction. 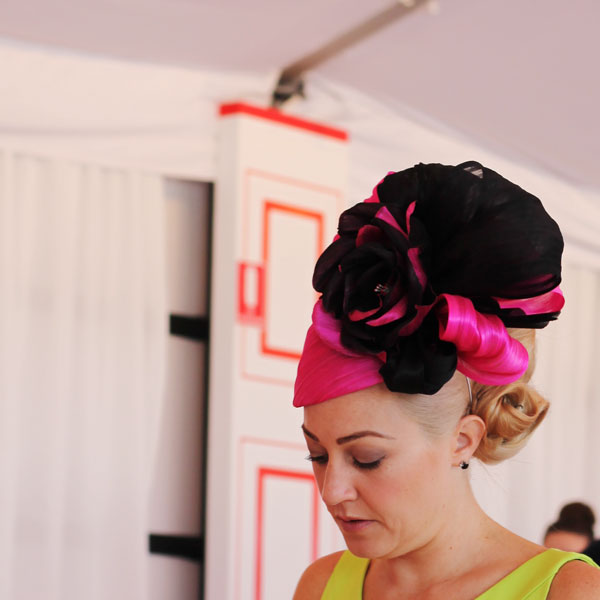 The tourism board had a table in the Rose Room, which was like the Alice in Wonderland version of box seats. There were so many exceptional hats in there, but this lady was one of my favorites. 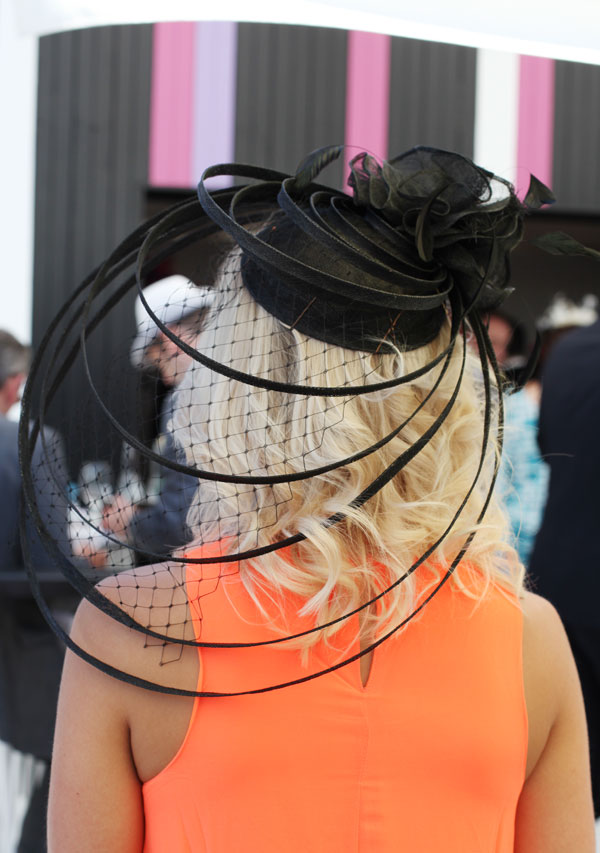 I’m perpetually anguished that Americans don’t wear more hats. Not even to weddings? Has it come to this? 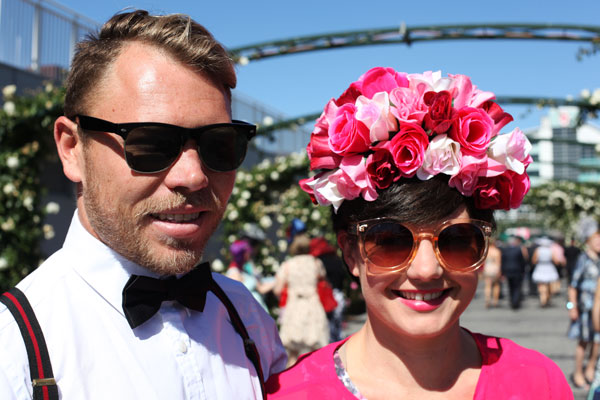 A lot of the younger girls were wearing these floral crowns, which are very Frida Kahlo-cum-Tavi Gevinson/Lana Del Ray. I wish I’d seen someone do it with live flowers. 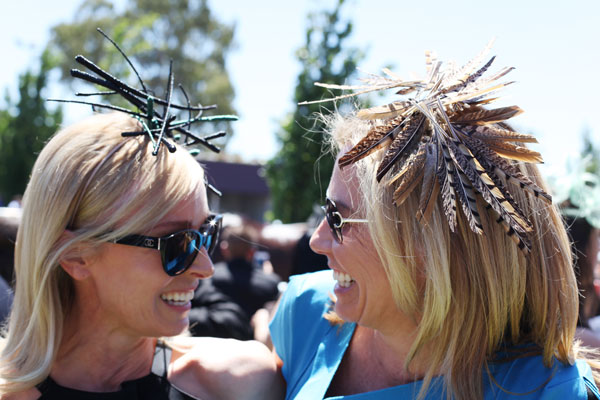 I find these super modern nature inspired pieces so appealing. The twig one seemed like it was floating. 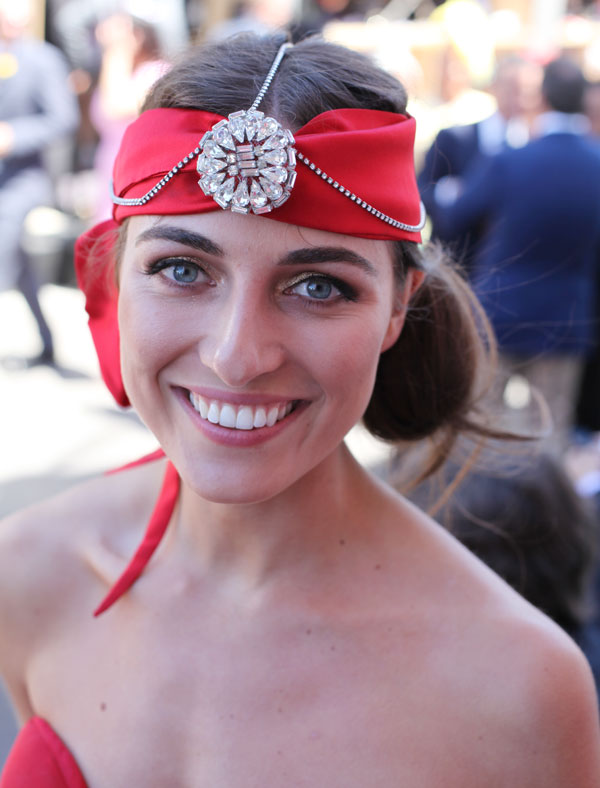 I know we’re all a bit Gatsbied out, but come on. This is the quintessential flapper headpiece. 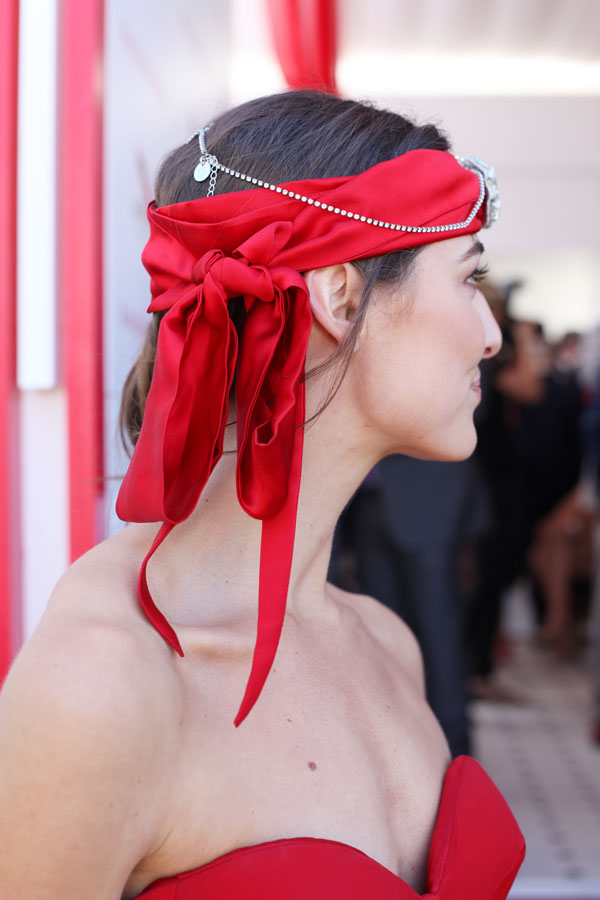 Look at that droopy side bow! You could do such a great boho take on this by ditching the rhinestones wrapping a bunch of wide, matte satin ribbon around your forehead. 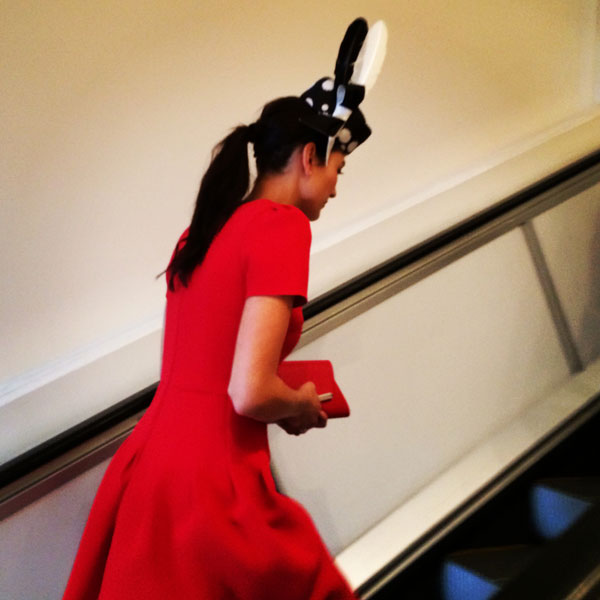 This, surprisingly, is not Kate Middleton. Doppelgänger, eh? This woman was staying at my hotel, and I shared an elevator with her early that morning. Her outfit was tidy, structural perfection. I was awash in admiration, and so glad when I saw her again in the sea of humanity at the races. Click! 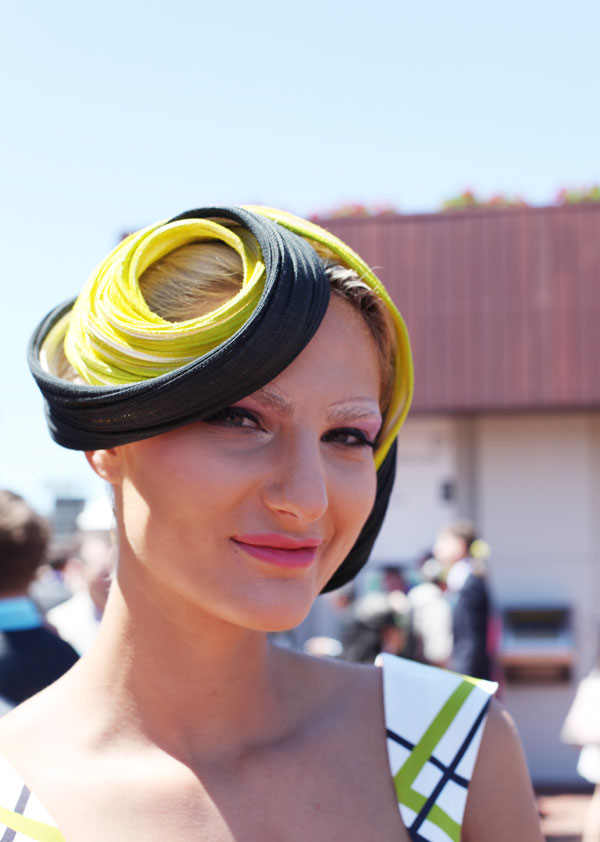 This girl’s bone structure works so well with her hat, don’t you think? Daring colors too. What a beauty. 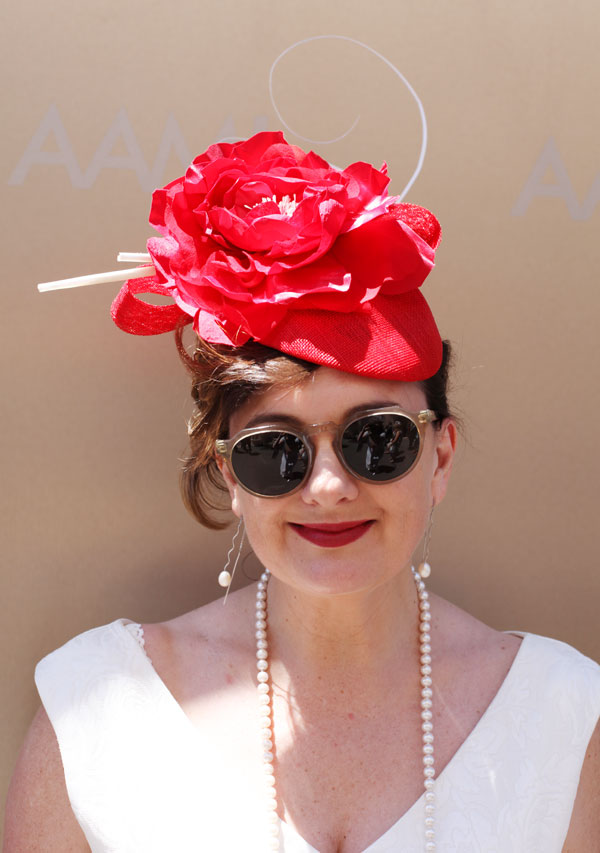 I liked this woman because she looked so happy. Maybe it’s the red lipstick. Or the happiness. 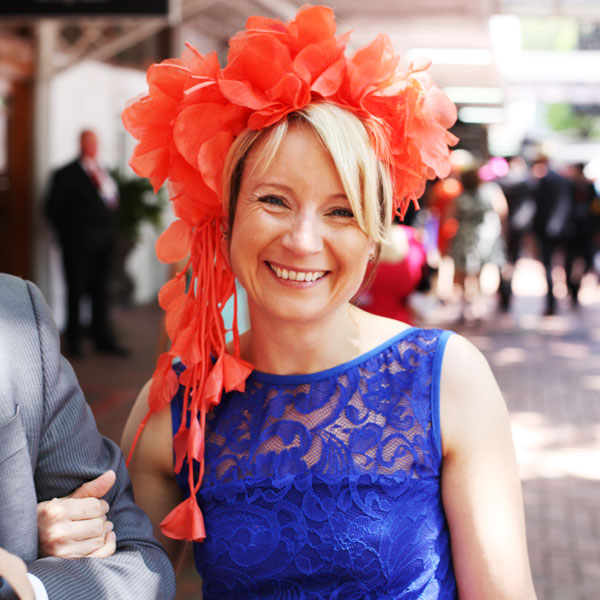 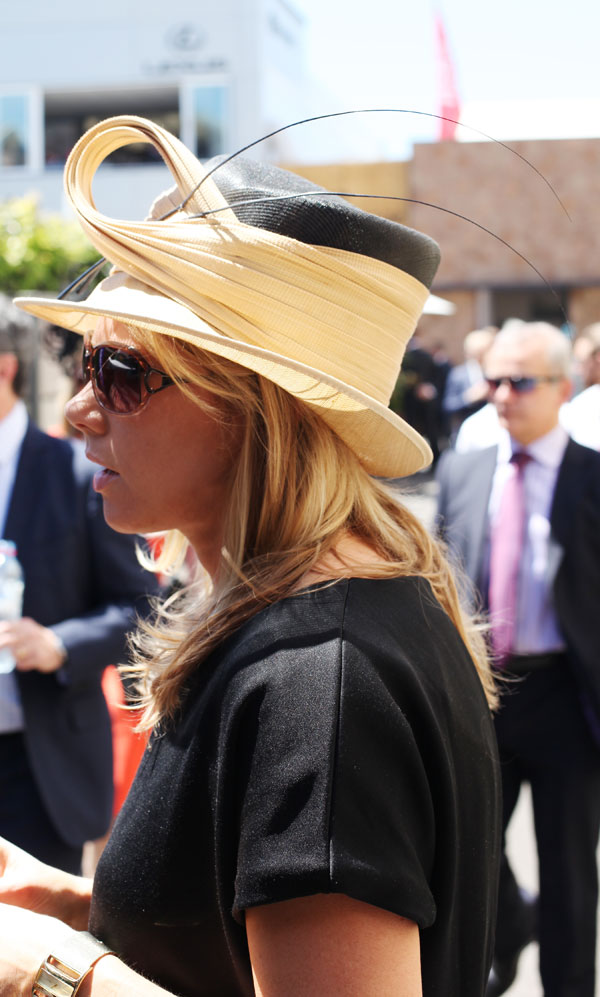 This was the only woman I came across wearing this style. The masculine lines in a sea of swoops were arresting. Top-hat update touché. 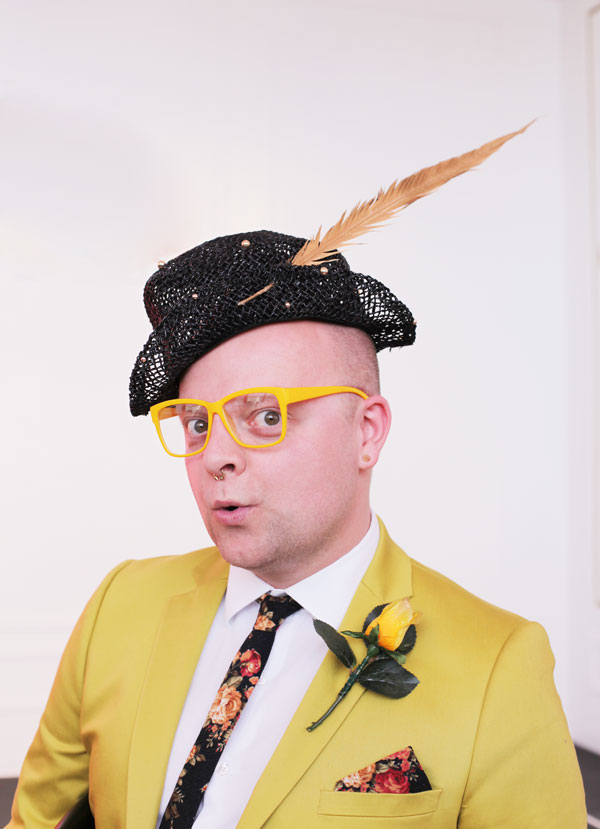 This guy. I have a talent for spotting the person in the room most likely to know about the best after parties, but he was hard to miss.

If you’d like to see a few of the more outrageous hats, and see what I picked for myself, head over to my Go Mighty story.

Flower Party Hats How To