During this interview with John Gourley of Portugal. The Man, Isabel texted that Gourley was a talented artist who did the artwork for their album covers.

That explains his impeccable shoes, which I took with me when I left. I am wearing them now.

Gourley’s a reserved guy who says being on stage has helped him overcome some intense shyness. The whole band grew up in Alaska, and Gourley said he was an adult before he realized that people slept in past 8 a.m.

The music is smart-people rock with solid lyrics, which is always my thing. I like People Say, but you’ll find everything here: 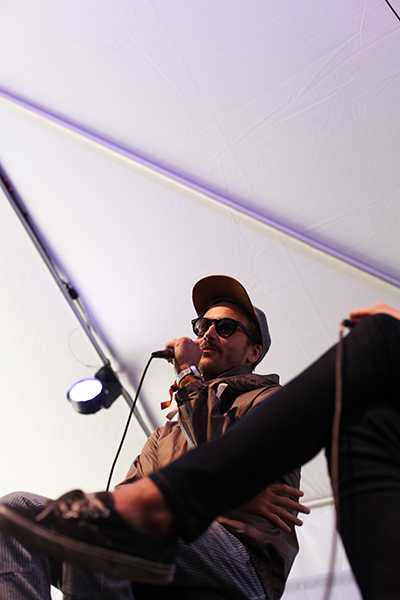 If you’d like to watch this interview, you can find it here, or you can: 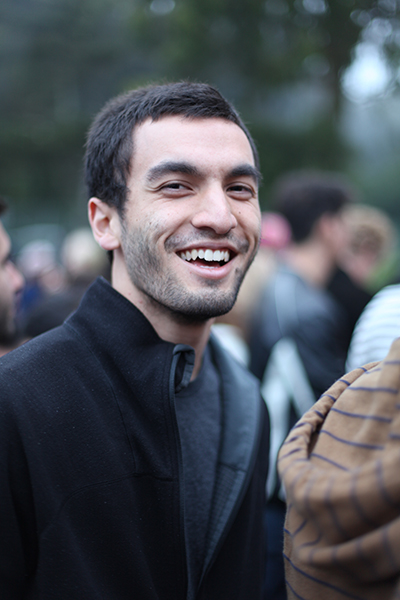 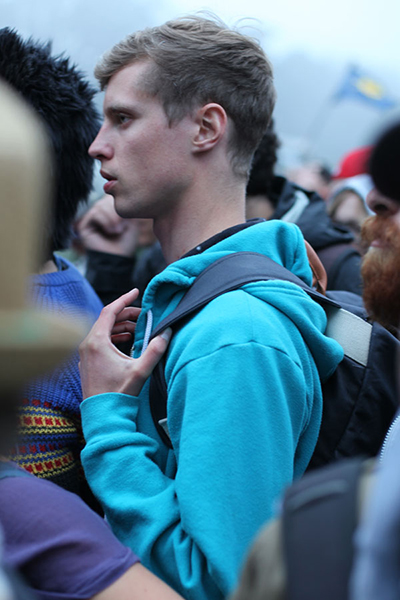 Did you see me point my camera your way at the show? More faces on Facebook. Apt.

AT&T sponsored my coverage of Outside Lands this year. Thanks, guys!

Holy hell, Allen Stone is a charmer. He learned to perform in church as a kid, and it shows.

The guy can certainly sing, but I have to admit I didn’t get his music until I saw him live. He is lit from within, and so comfortable in his own skin. 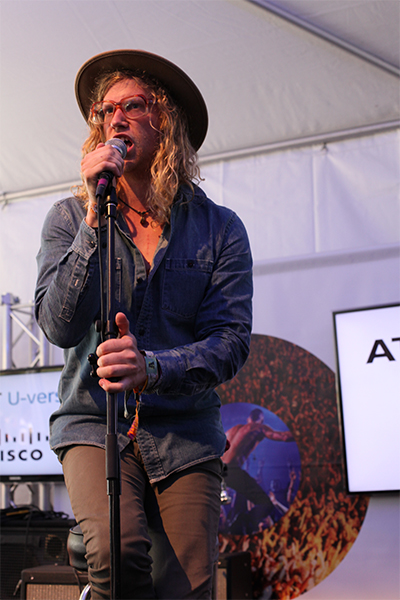 Here’s the performance and interview I saw if you want to have a look. And here’s a good “print” interview with him if you’d like to read up.

If you haven’t heard anything by him, start with Sleep and then dive in deeper here:

Or catch his performance at AT&T’s All Access Tent at Outside Lands, plus a brief interview, on U-Verse. 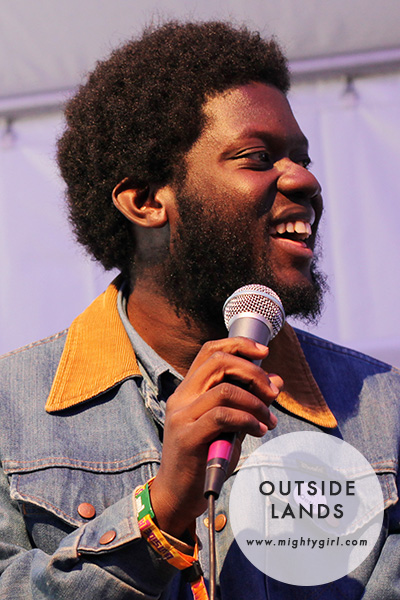 Michael Kiwanuka was the guy I came to see. I mean, Stevie Wonder aside, but come on.

Kiwanuka is a soul singer who was recently on tour with Adele, and his music has made it onto a few of my mixes. He said he aims for warmth with his albums, and that’s a perfect description of how they make me feel — comforted.

If you haven’t heard him sing, start with Any Day Will Do Fine, and go from there. 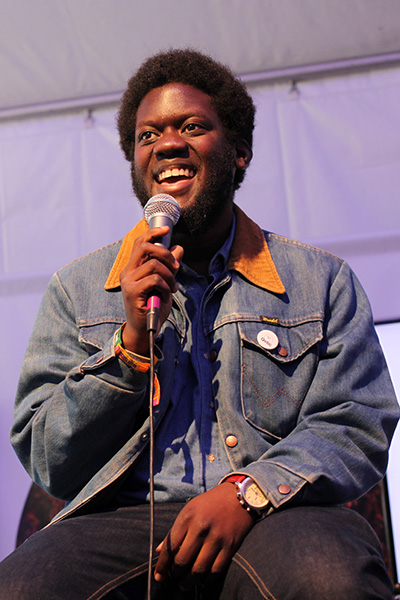 If you like what you hear because you aren’t dead inside, you can:

You can also catch his performance at AT&T’s All Access Tent at Outside Lands, plus a brief interview, on U-Verse.

Mai Le of Fashionist is my long-time friend and show buddy; this is our second year at Outside Lands together. This year she took some style shots for us: 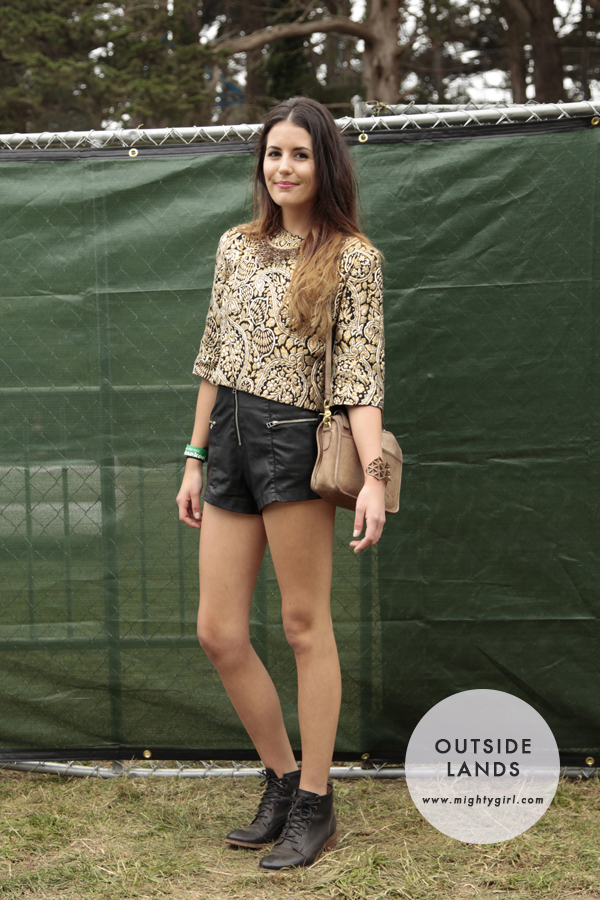 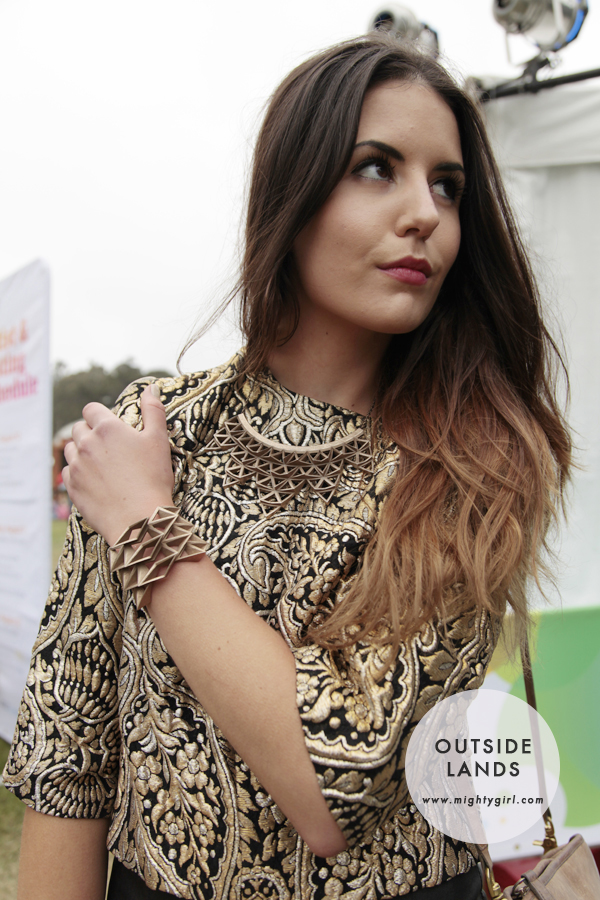 Carleigh (founder of Fathom and Form jewelry), wearing her own cuff design. 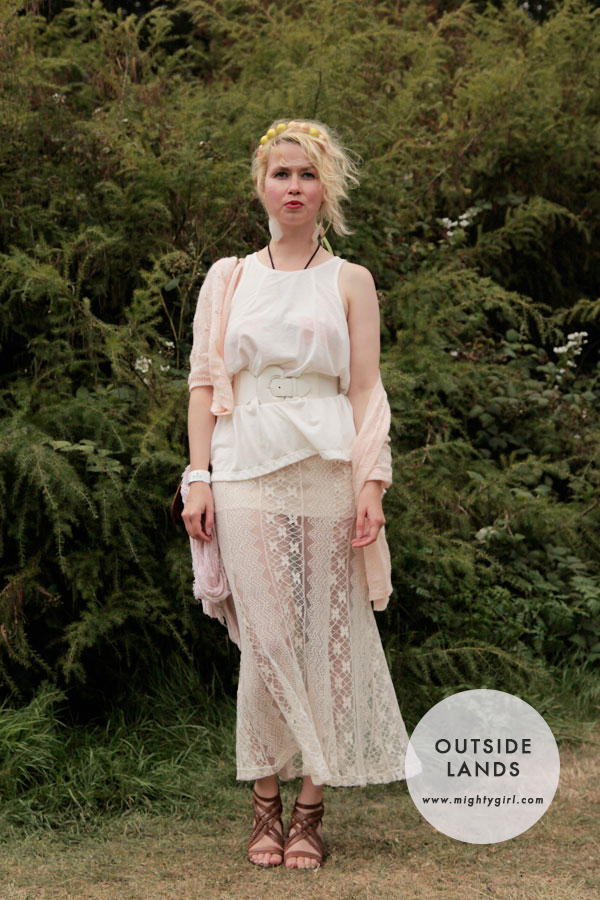 For more style updates, check out my Instagram and Twitter, and look for more of Mai’s shots on Fashioni.st. We’ll have a few more here tomorrow as well.

AT&T is sponsoring my coverage of Outside Lands this year. Thanks, guys!

AT&T is sponsoring my coverage of Outside Lands this year, so I get to take photos of a few of their All Access tent performances. 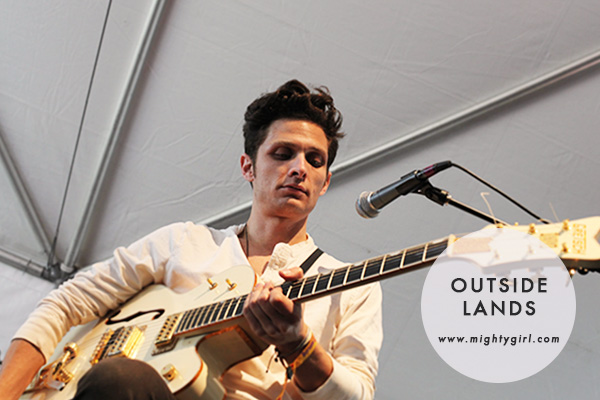 Side venues at festivals are my favorite places to find new music. It’s so nice to see bands up close before a sea of bobbing heads intervenes a few years down the road. 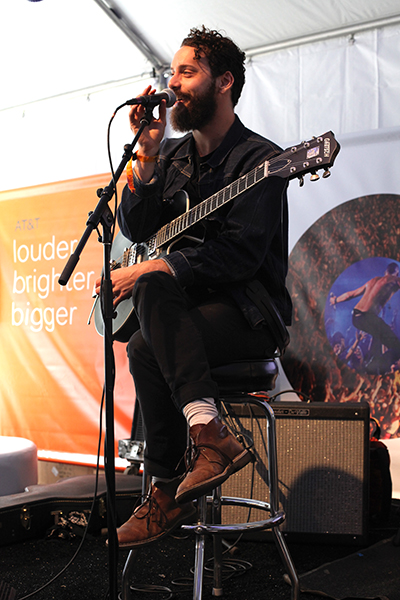 PAPA is a band out of L.A. who describe themselves as American soul music. In addition to being easy on the eyes, they’re smart, so it’s safe to develop a thinking woman’s crush.

These photos are from their performance in AT&T’s All Access tent, and you can see the whole performance, plus a brief interview on U-Verse.

PAPA on Spotify
PAPA on Rdio 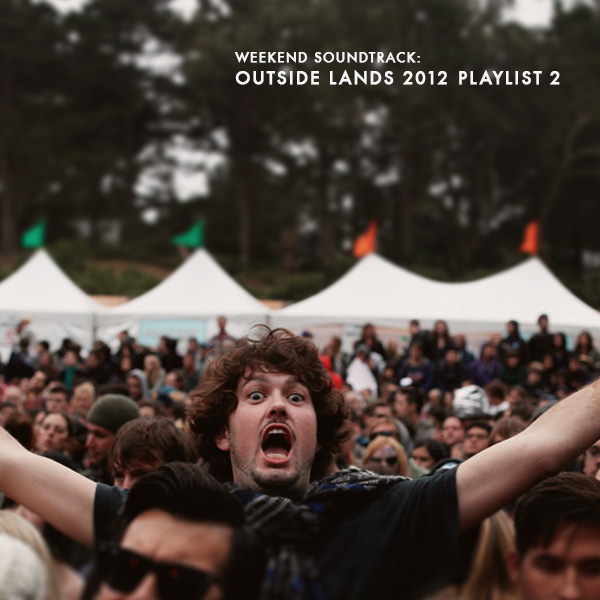 Outside Lands starts today! YUS, son. I added twenty new tracks to the Outside Lands Playlist, to satisfy my inner completist. I’ll be there with my show buddy Mai today and through the weekend, so please say hi if you see us.

Also, I’m attending courtesy of AT&T, so keep an eye on Instagram and Twitter if you want to play along at home.

What have you been listening to lately? Let me know in comments.

Did someone hurt you? Because I will cut them. You listen to this, while I sharpen my switchblade.

The Walk, Mayer Hawthorne
Messin’ With My Head, K. Flay
Heart Skipped A Beat, The xx
Fucked Me Right Up, Sean Hayes
Golden, The Tontons
We’re Not Friends, The Daredevil Christopher Wright
Telephone, The Black Angels
Hey Boy, The Blow
Heart In Your Heartbreak, The Pains Of Being Pure At Heart
Hang Me Up To Dry, Cold War Kids
Concrete Wall, Zee Avi
Next Girl, The Black Keys
The Clap, Thao With The Get Down Stay Down
How You Like Me Now, The Heavy

What have you been listening to lately? 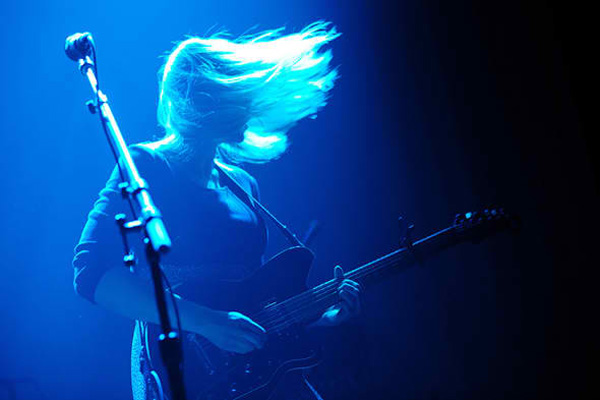 Are you crying right now? I made this for you.

Out the Airlock, Paul Dempsey
Better Than Nothing, Sarah Jaffe
The Way We Ought to Be, Indigo Swing
Love Love Love, Of Monsters and Men
New Ceremony, Dry the River
Hate to See You Like This, Fountains of Wayne
Sugar, Dan Wilson
About Today, The National
Any Day Will Do Fine, Michael Kiwanuka
Doubt, Wye Oak
I’ll Catch You, The Get Up Kids
When the Night Comes, Dan Auerbach
Mama, You Been On My Mind, Jeff Buckley
Rain, Patty Griffin

Do you ever arrange your music by mood? What have you been listening to lately? 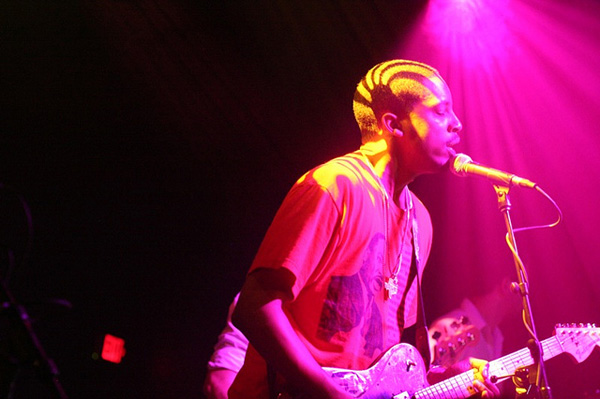 I’m headed to SxSW, and though I’m still sick, I’ve been spending a lot of time with the music you guys suggested. Speaking of which, wow. Thank you for all the suggestions. I’ve gotten through the first set of recommendations and I’ve also spent a little time with Pandora. For the record, apparently Nick Drake, Mumford and Sons, and Ryan Adams make people weep. Here’s what else has stood out so far.

Don’t You Remember from Adele

Why from Annie Lennox

Shaking Your Fist at the Sky

Call it Off from Tegan and Sara

The Cave from Mumford and Sons

I Bombed Korea from Cake

Dancing Around in Your Underwear

Raise Your Glass from Pink

I Live In New York City from Sxip Shirey

All Day from Girl Talk
(Cover the kid’s ears if you’re clicking this without headphones.)

The Fratellis by Flathead

When I get through the next batch, I’ll post another roundup. Thanks, you guys.