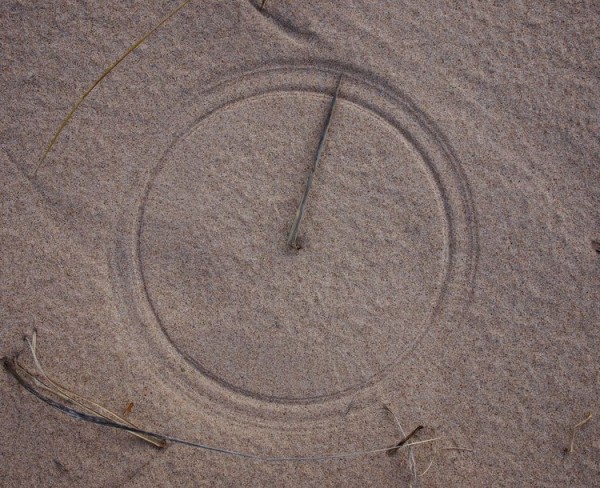 Just look at this scratch circle etched in the sand by a piece of grass. via kottke

It’s Black History Month. For weeks, I’ve been thinking about this story of a gift one mother gave her daughter when they were separated by slavery.

Let’s go to the Seven Tea Cup Waterfalls in Patagonia, Argentina. Update: These are actually in California! But apparently are only accessible if you use climbing ropes. Video of a couple guys climbing down the falls.

I bought a quivering hat.

“Two young men died in the Ural mountains as they pulled the pin from a hand grenade to take a selfie, which remained as evidence of the circumstances of their deaths.”
I went kind of deep on the Wikipedia list of selfie-related injuries and deaths.

This pizza phone cover goes with this one that looks a little like very classy weed.

I’m not usually (ever) into nail art, but Glass Nails? Dang.

And speaking of nails, I was rapt for this Cal Sunday article on what it’s like to be a hand model, “Hired Hand.”

Concepcion Picciotto died recently, after keeping a peace vigil by the White House for 30 years. This is one of those “who’s the crazy one, her or society” stories.

Did you see the new Gerber baby? GAH.