For years I’ve been looking for a reason to fill a room with balloons, and we finally did it to celebrate Hank’s first day of summer. His best friend Clark came over, and Hank knew something was up immediately when we didn’t let them just run into his room.

We said there was a surprise in there, and I asked if I could take a photo. Clark reluctantly complied with my request for a fist bump. 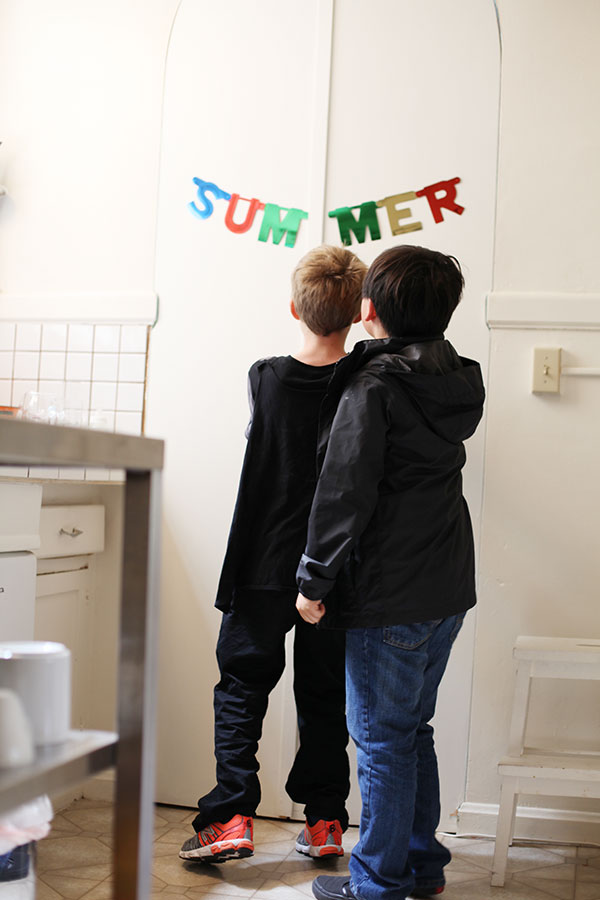 They opened the door.

And responded with screamies, and happies, and laughter. 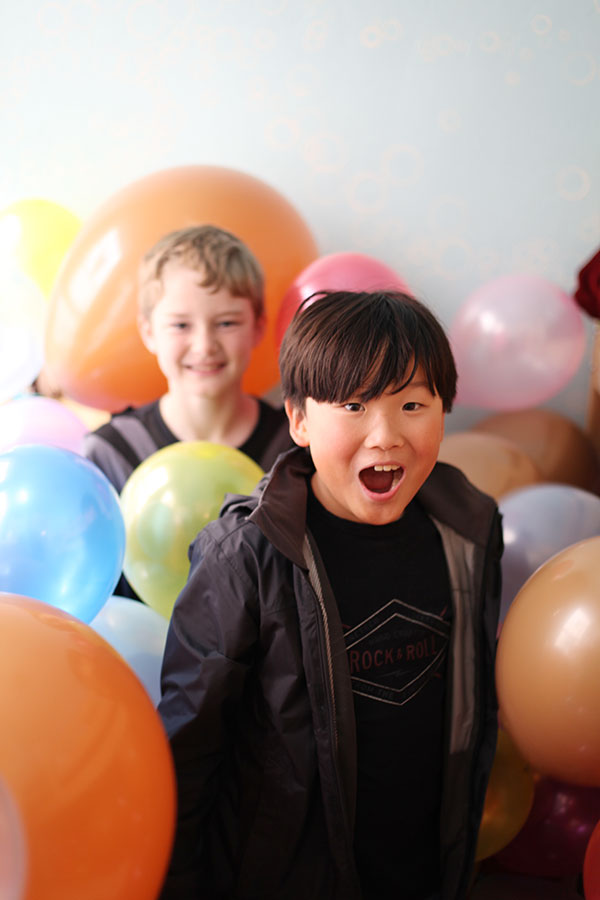 It was so rewarding. Parenting! I momentarily forgot the throbbing in my raw balloon-tying fingers. 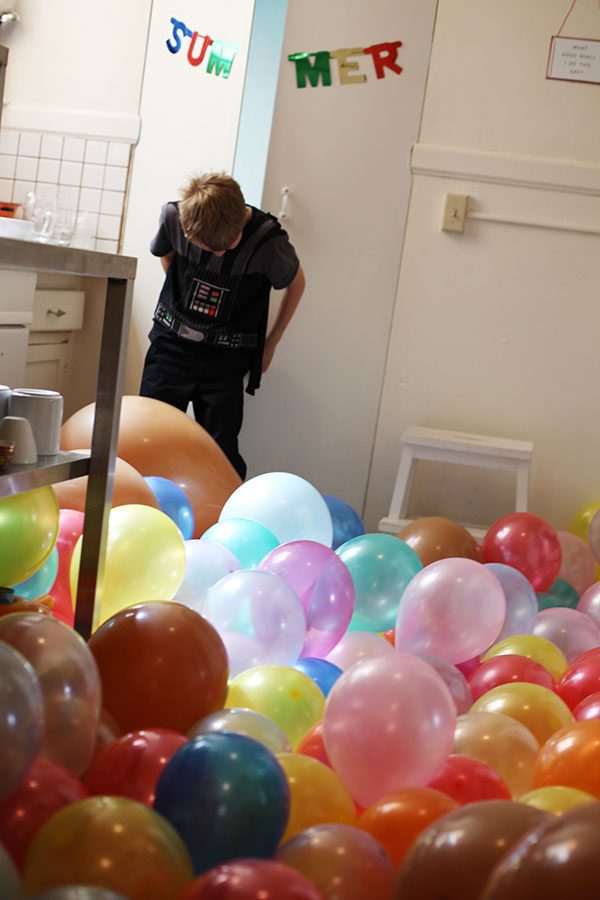 The boys spent the next couple of hours thwapping each other with balloons and then we went for ice cream. 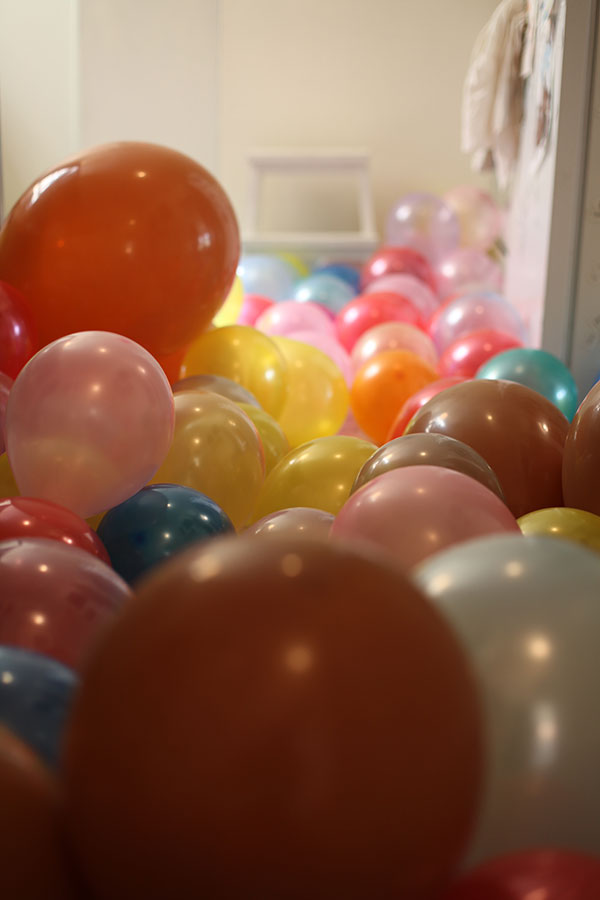 Afterward there were balloons everywhere. Brad loved it.

I kid. Brad kept trying to pop balloons covertly so he would stop stubbing his toes on things. The nerve. You can’t sweep away celebration Brad, you can’t tidy joy.

But eventually I admitted that balloons spontaneously combusting in the night wasn’t the best situation with a newborn. So Hank laid down on his bed and cut the ends off hundreds balloons so he could watch them fly around the room.

Summer is such a damn delight.

There’s a video over on Go Mighty if you’d like to see their reaction. It’s nice to check something off my Life List again.

3 thoughts on “Life List: Fill a Room With Balloons!”