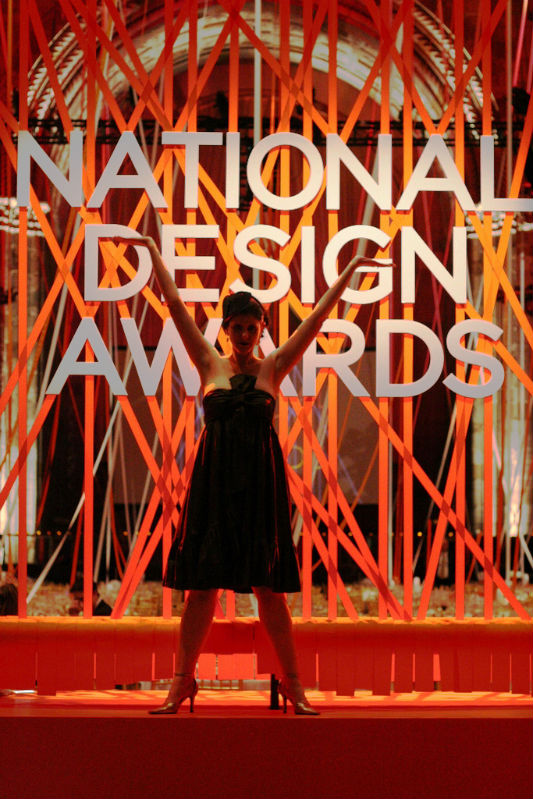 This is my magic friend Margaret, you’ve met her before.

A couple weeks ago, she called and said, “I have an extra ticket to the National Design Awards. You have to go.”

Margaret is spectacular like this. You’re in labor? She happens to be in town from out of state! She made you a baby blanket. Your beloved wallet was stolen? Her sister just gave her a box of wallets she didn’t need anymore. There’s an identical one in there. You like chocolate? Willa Wonka is a childhood friend.

Margaret says yes to every opportunity, and whenever possible she takes her friends along. In the last few years, she’s taught me to ignore inconvenience in the face of potential, which is how I found myself on a plane to New York. 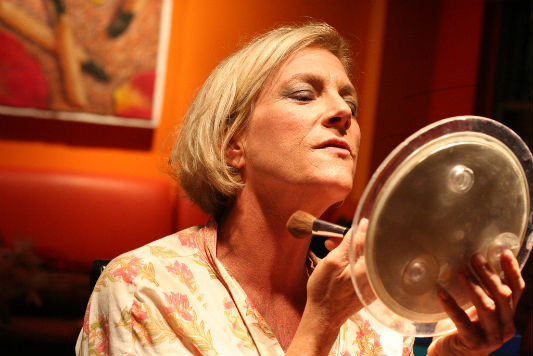 We met at Sunny Bates’s place to have our hair and makeup done. I’d never met Sunny before, but she’s the one who ululated for a friend onstage during the ceremony. Sunny is not a cautious sort, which makes her easy to love. I consider her an excellent addition to my collection of women who whoop in cocktail dresses. Soon, I will have an army.

I’d never had my makeup done before, not even for my own wedding, because I’ve seen too many friends leave makeup counters looking like angry clown brides. Plus, I am a control freak. Well, I was wrong, it was officially fairy princess land. 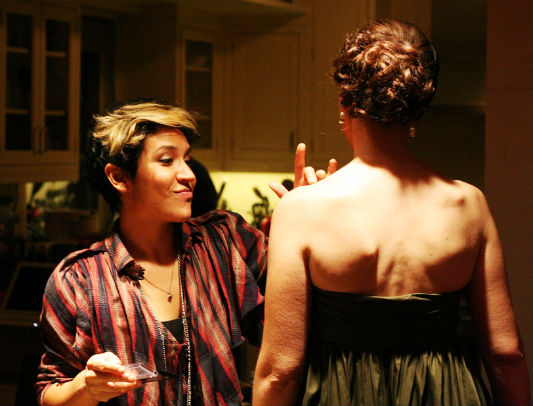 Speaking of which, if you’re in New York, call Sacha Selhi and ask her to do your makeup. She sent me a list of all the products she used so I could go get them myself, plus gave me application tips while she was working. She made me look amazing. I’d have made out with her, but it would have wrecked my makeup. 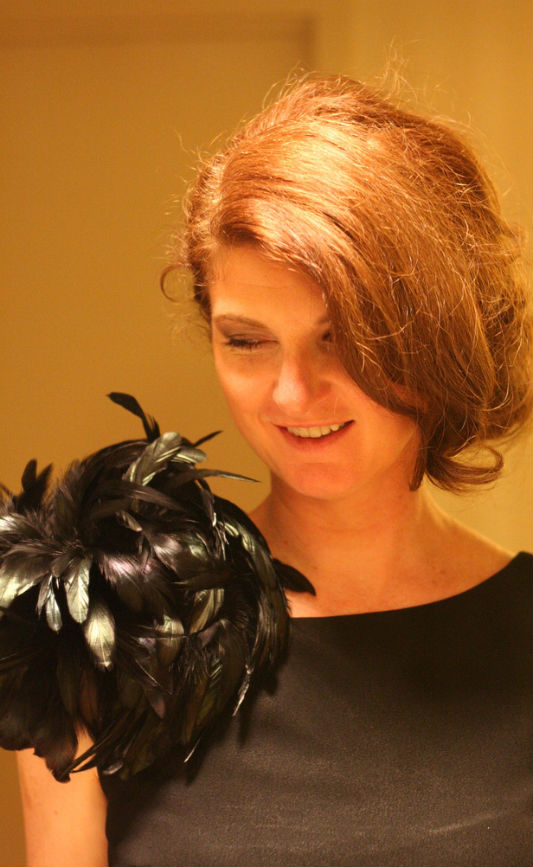 This is what I was wearing when Jenna Lyons, J.Crew’s president, complimented my feathers. I’m going to pretend to act cool about this. Join me, won’t you? Margaret told her the feathers were a hair clip I bought at a stripper store on the Haight, so Jenna laughed and took a little video. I refrained from demanding that we sit down with a bottle of champagne and talk about clothes all night, which required restraint because there was already some champagne in my system. Plus, I still feel guilty for knocking off the Astrid sweater. Sorry about that, J.Crew. Thanks for making all that cute stuff lately.

And speaking of champagne courage, the Mulleavy sisters were there to accept an award for Rodarte. I’ve admired their work for years. Just look at this action: 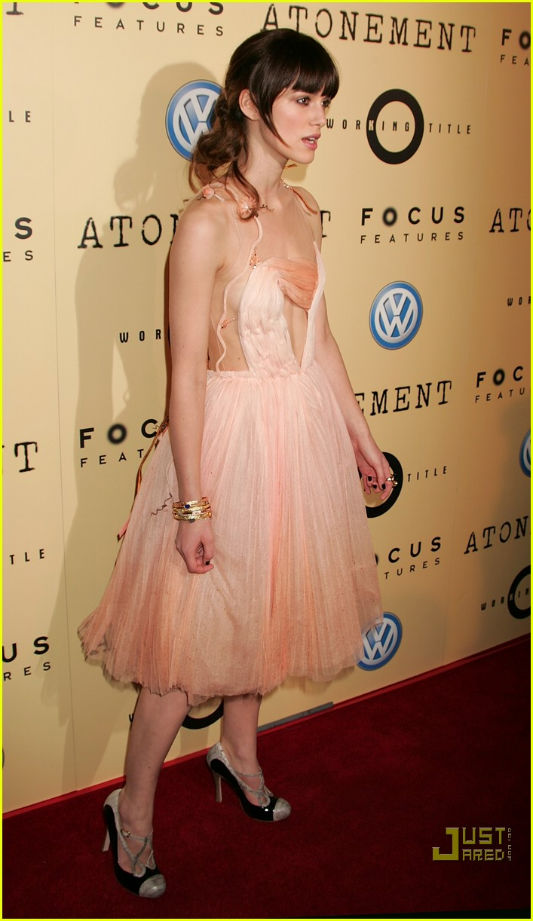 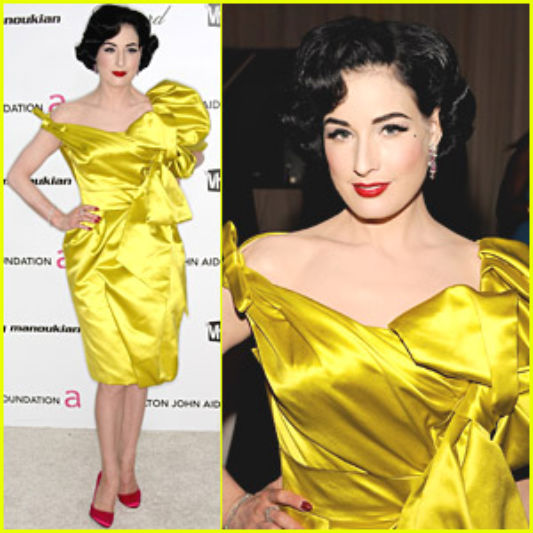 So as they were leaving, I took a deep breath and introduced myself to Kate. I told her I was a fellow California girl who’d often contemplated driving down to Pasadena with a plate of brownies to say thanks for all the pretty stuff. Except for the creepiness involved, of course. Kate graciously said she would not find that creepy. And so, baked goods for the Mulleavy sisters goes on my life list. Hooray for dresses that make you want to celebrate. 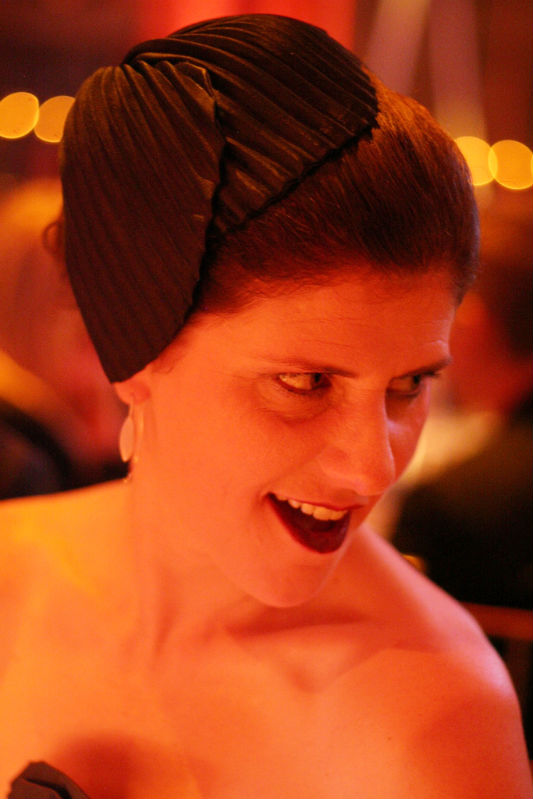 So thanks for taking me along, Margaret. As always when you’re involved, it was a fantastic time.