On Mondays I post articles that originally appeared elsewhere, or work that has been gathering dust on my hard drive. A version of this piece was originally published in 2002 over at The Morning News. Thanks to Rosecrans Baldwin for the edits. 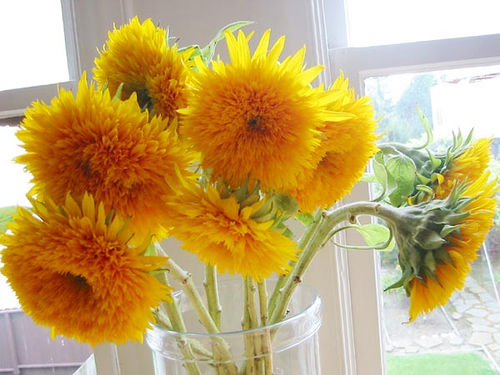 As a society, we’ve decided that flatulence doesn’t exist. If everyone followed basic etiquette guidelines, none of us would need to worry about passing gas in public. The thing to do if you have a digestive indiscretion is to pretend your intestines never tried to join the conversation.

So you see, etiquette is on your side. Perhaps you don’t care what an oyster fork looks like; you don’t own saltcellars; you don’t rise from the table when your girlfriend leaves to powder her nose. Regardless, one day you’ll fart in public. And when you do, it’s comforting to know there’s a game plan.

Good etiquette is effective even in small doses. Your manners, like most acquired skills, needn’t be impeccable to produce appreciative murmurs, only marginally better than the next guy’s. Fortunately for you, the next guy is the one over there, picking his teeth with a credit card.

For now, let’s forget about finger bowls and concentrate on kindness. What follows is my four-step system for becoming a more considerate person.

Gossiping isn’t rude in itself, just tricky. In private, you can break out genealogical charts to describe particularly juicy entanglements. ‘His father remarried his mother’s half-sister, who then had an affair with him.’ But in a public place, you may not mention names. Let me show you why. See that man sitting behind you? He’s married to the woman whose adultery you’ve been discussing, and he seems to be crying. However, you still have to finish your burger. So that’s uncomfortable.

It’s no one’s business whether your wife’s hair is its natural color or whether your father just became eligible for the senior citizen discount. It’s certainly not your business to inform outsiders. There’s so little intrigue anymore. If you insist on spoiling someone else’s secret, at least make it worthwhile. Wait until you’re alone with your confidant, lean in, lower your voice, and whisper, ‘You know Tiffany’s breasts weren’t always quite so…outstanding.’

One doesn’t mention that overweight people could stand to lose a few pounds, nor does one tell underweight friends that they look sickly. Those who make a practice of this will eventually meet a young woman who has a glandular condition or has just undergone chemotherapy.

Don’t give potentially insulting gifts to others. These include items that you want them to have — cleaning products for your messy housemate, cookbooks for your take-out-ordering husband, or self-help books stating that your smart friend is making stupid choices. Topping the list of rude gifts are live animals, which the recipient must then care for, or worse, worry over after flushing the goldfish in hopes it might reach a nearby lake.

If you wonder whether you should go to a funeral, you should. One attends funerals not only to show respect for the departed, but also to support those who are mourning. Skipping them because you’re squeamish is childish. Rest assured that friends who are in no emotional state to feel generous about your ‘sensitivity’ will remember your absence.

You shouldn’t always attend weddings, however. You may have received an invitation, but if you have reason to believe that your inclusion on the guest list caused a fight between the bride and the groom (say you slept with one of them recently), you should graciously decline.

Step 2: Stop imposing on others

Always respond to invitations promptly so the host can get a headcount. Once you’ve accepted an invitation, the only reasonable excuses for reneging are communicable illness or an unexpected event that takes obvious precedence. (Elopements or funerals count, opportunities to go on dates or to complete delayed work projects don’t.)

On airplanes, the people with books or headphones are using them to avoid interaction. Please don’t try to draw these people into conversation by using their social shields as conversational bait for your opening line. ‘Hey, great book!’ or ‘What are you listening to?’ can only be met with a tight-lipped smile.

Step 3: Learn tricks of the trade

When staying as a guest in a friend’s home, it’s polite to bring a host gift. Upon leaving, strip the bed linens and remake the bed with the coverlet so the room doesn’t look messy while sheets are being laundered. If you wait longer than two weeks to write a thank you note after your visit, etiquette demands that you pretend to have been held up in a full body cast in a hospital with no pens.

When you see someone with spinach in his or her teeth, an open fly, toilet paper on the shoe, or a visible slip, it’s smart to discreetly inform this person of the problem, because all of these situations can be remedied. For less fixable problems (a stain, a rip), pretend not to have noticed.

When you must pass people sitting in rows, turn your body away from them and your head toward them. This helps you avoid the awkwardness of being face-to-face with a stranger in close quarters, but allows the seated party to make eye contact with your face instead of your bum.

The easiest and most considerate way to give your seat to someone who seems to need it more is to vacate it as you see the person approaching, walk a few steps away, and gaze absently into the air.

Step 4: Be better than the next guy

There are certain indiscretions that have become so commonplace that hardly anyone notices anymore. If you can manage to be polite where most people are careless, you’ll reap lots of goodwill with very little effort.

When you borrow things—books, small sums of money, coats—return them without being asked. Forgoing this courtesy leaves your friends in the ludicrous, but justifiable, position of fuming over a $2 debt or the loss of their first-edition copy of The Hipster Handbook.

Unsolicited advice on hairstyles, TV habits, cigarette addiction, or relationships is rude. These people already know that their stylist got carried away with the buzz clipper, that they should get out more, that smoking is killing them, and that their girlfriend—though pretty—isn’t as bright as she could be.

Don’t ignore companions in favor of answering your cell phone. If you must take a call, excuse yourself, leave the room, and make it snappy. Better yet, don’t plan social events on evenings when you’re expecting important phone calls.

It’s not polite to push your beliefs on others unless you’re holding a picket sign large enough to give fair warning that they should avoid you. In this spirit, one doesn’t properly discuss the population explosion at the mention of a friend’s pregnancy, and one doesn’t inform a lunch partner of ‘exactly how much fat is in that’ or the process by which the meat came to be on his or her plate.

Finally, one of the rudest things a person can do is to call someone else rude. Therefore, no matter how dramatic your faux pas, anyone who points it out is the real jerk.