Scientists are in the planning stages for a march on Washington D.C., as well as sister marches, perhaps in your area.

“This is not a partisan issue, scientific research moves us forward.”

Women’s bodies are a battleground on all fronts, not just reproductive.

Jennifer Brea is the founder of #MEAction, a patients-rights platform for those who suffer from Myalgic Encephalomyelitis, and I’m proud to serve on the board. The disease is more commonly known as Chronic Fatigue Syndrome, and it predominantly affects women. Many patients are diagnosed with a modern-day form of hysteria. Did you even know that was still a thing? “You’re a Harvard PhD student who can no longer write her own name? Perhaps you have the vapors.”

Please plug in your headphones and listen to Jen’s talk. I can’t stop thinking about it. 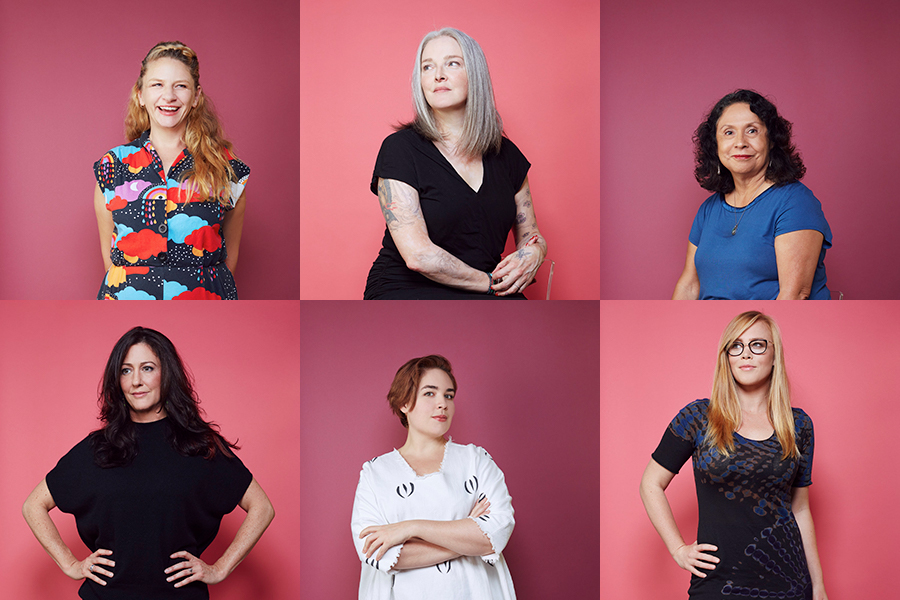 I’m so proud of the results, especially because the perfectionist in me was yelling “too fast! too fast!” while we worked. Here are excerpts from a few of my favorites, and links to each woman’s full interview: 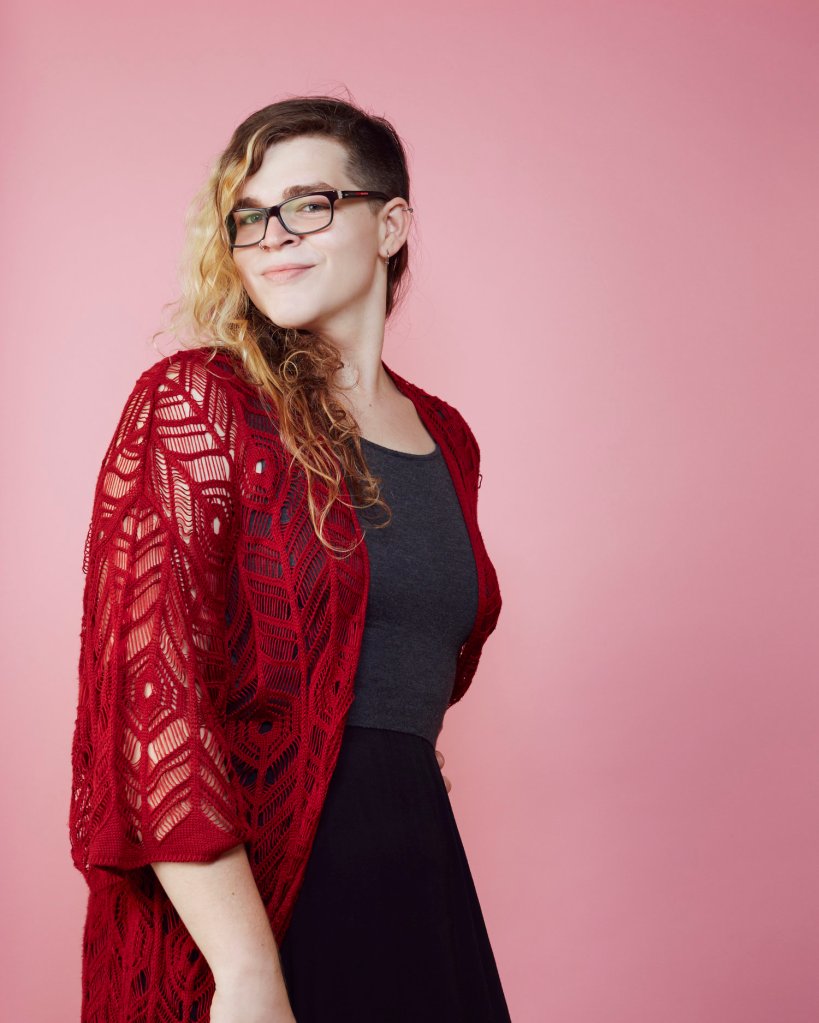 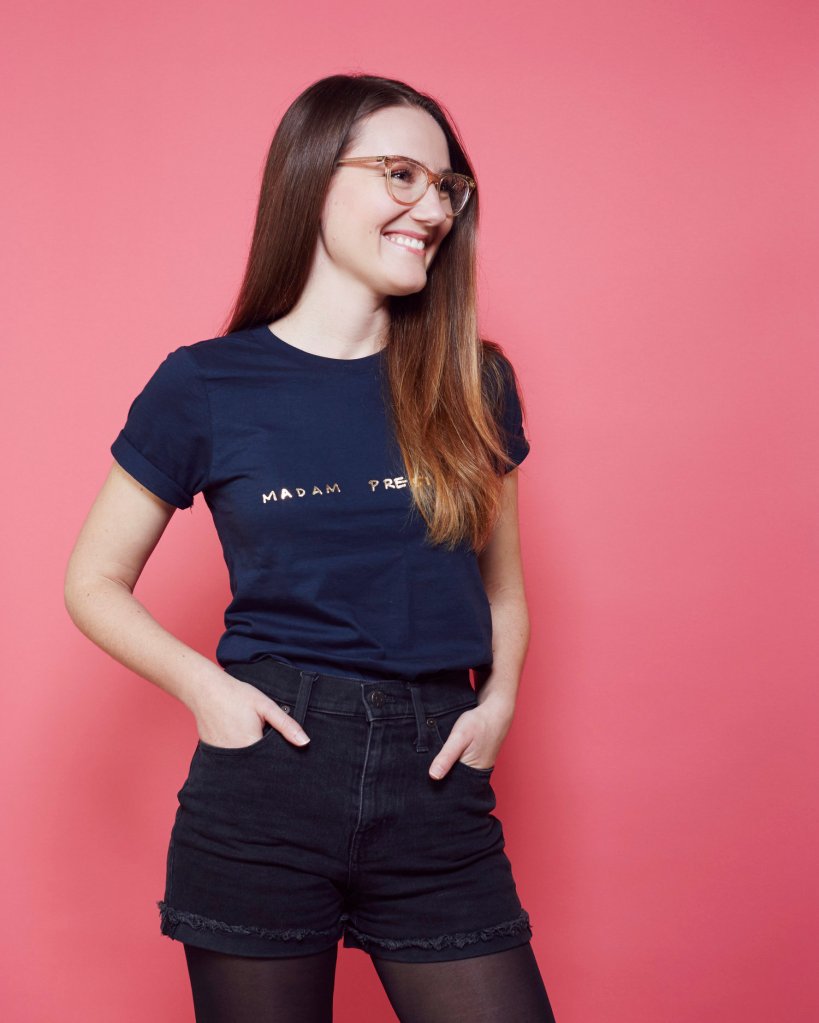 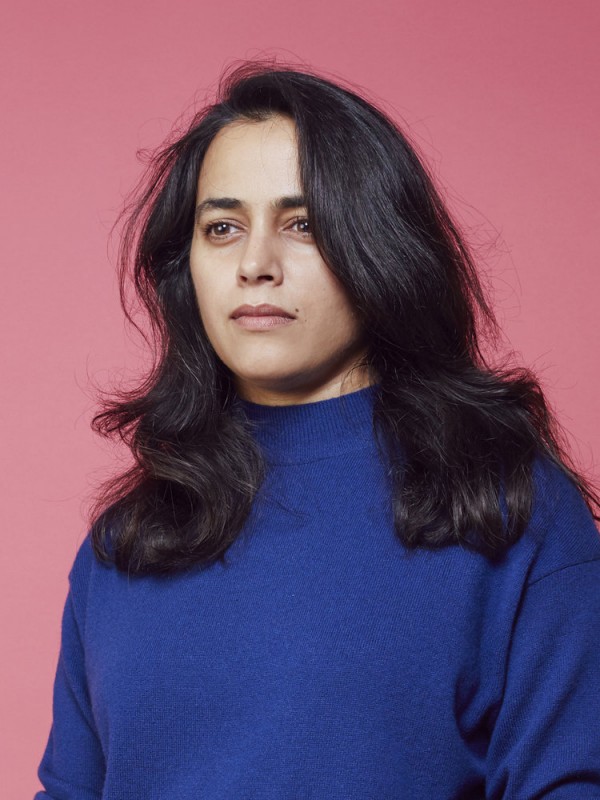 “I’ve served in the U.S. Army. I am a daughter of Indian immigrants. And I’ve been asked ‘what terrorist country are you from’ while walking down the street with my family.”

“I joined the Marines out of high school. I went to war. I voted to re-elect President Bush so he could “finish what he started.” That little bit of anger that started on 9/11 was a part of me now, and I wanted someone or something to pay.”

“Mr. Trump is one man with his views. I’m more concerned about his many supporters who have helped pave the way to his rise, particularly those who take his view of the world to the extreme.” 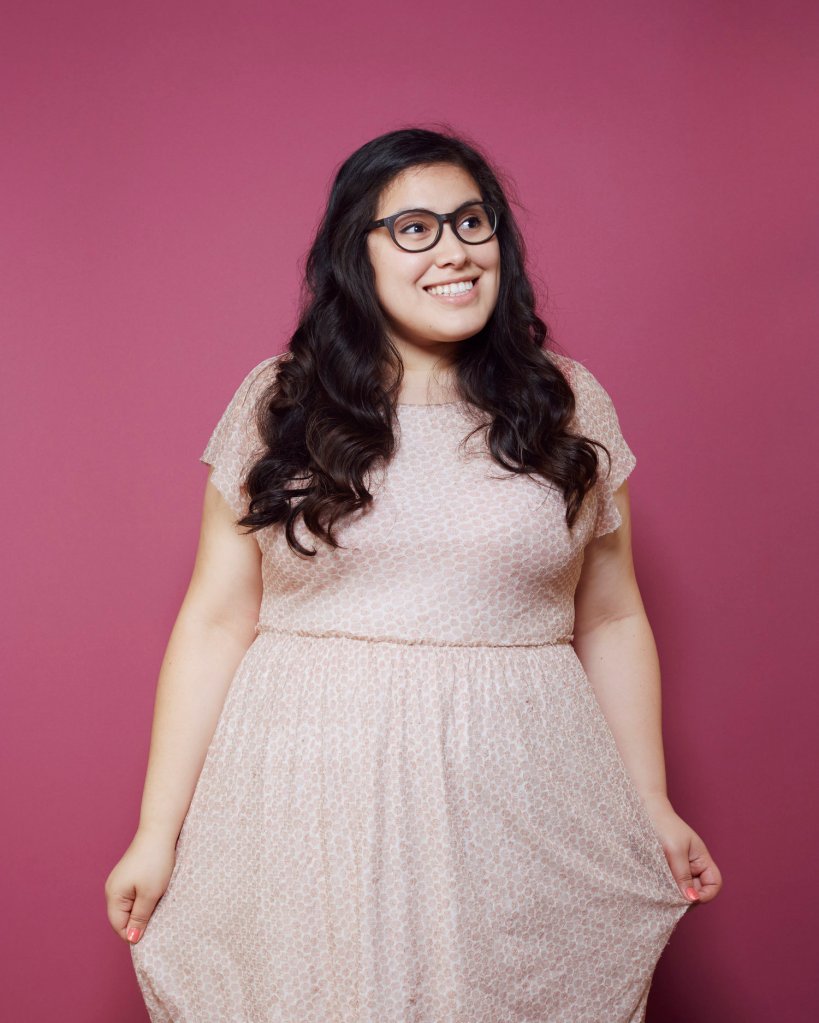 “My mom always had two or three jobs just to get me into a good school, and my dad worked from morning until night so that my brother could do sports in school, and I could be involved in after-school programs. Also so they could buy all the American Girl books I loved — I have always considered myself an American girl, I’ve never had another home-country.”

“Some of my earliest memories were with my parents, while they cleaned for businesses after they got home from their second or third jobs. I don’t believe they slept very much.”

If you’re having rough feelings about how things are going down politically, consider doing a little work toward the outcome you want to see. This project has made me feel better about this election than I have to this point.

Here’s to the first woman president of the United States of America.

The debate made me feel panicky and furious. And so we registered I’m With Nasty. 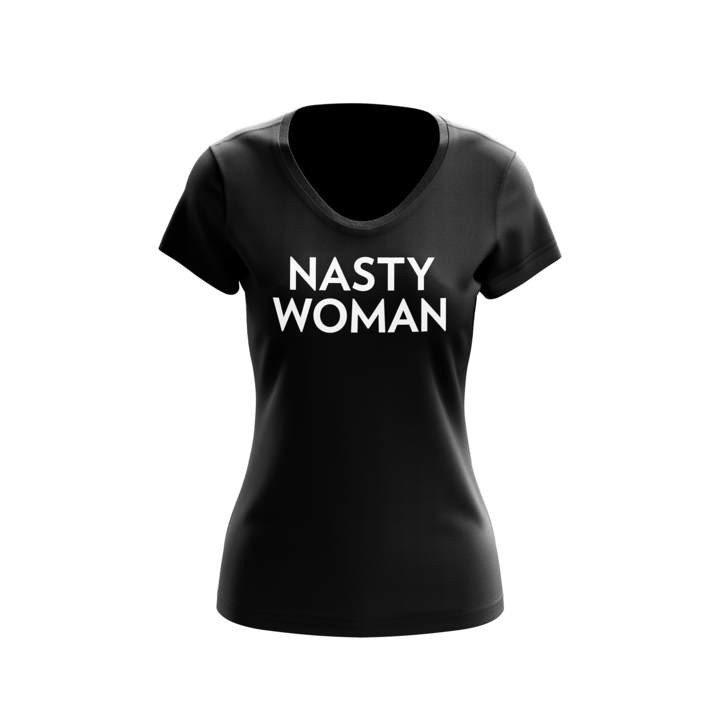 We made Nasty Woman T-shirts, 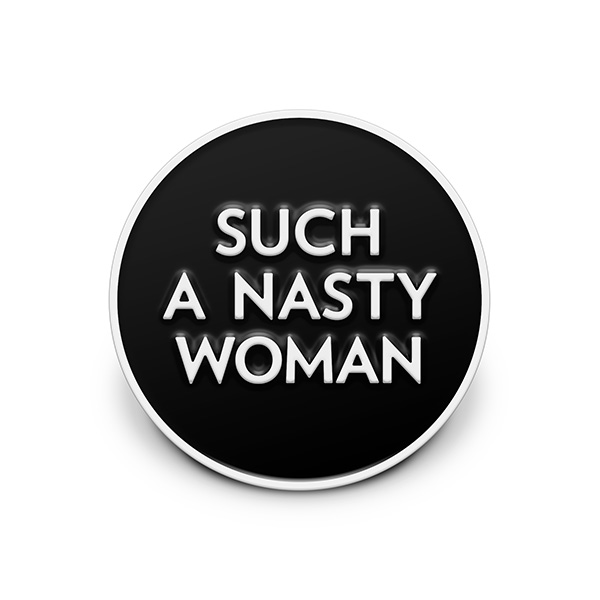 and Such a Nasty Woman pins, 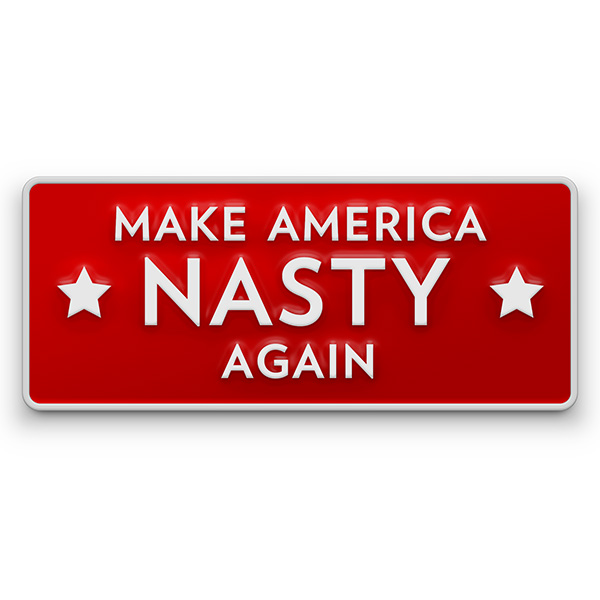 50% of profits go to the Hillary for America campaign. We’re paying rush fees to get them to you as soon as we can. Let’s fight this man who thinks no one respects women… more than him.

Jailers humiliated this black woman by sending her to court with no pants on. She had also been denied feminine hygiene products while in jail for three days. Judge Amber Wolf rightly asks, “Am I in the Twilight Zone?” 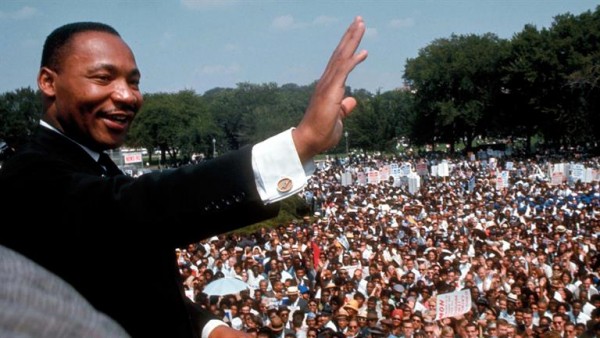 Our friend’s little boy did a report on Martin Luther King Junior, and wrote, “They shot him because they didn’t like the words he said.” 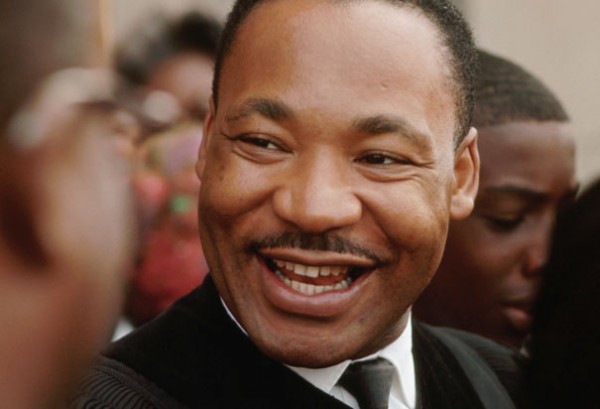 May his words outlive us all.

Remember this piece I wrote for The Morning News on cool organizations that need your money? They still do.

You are a good person. You feel bad when other people are sad; you try not to laugh when someone trips; you’re fond of puppies.

Now, maybe you’re not rolling in cash. Most of us have some debt, and we’re all trying to build our savings. But you’ve got 10 bucks to spare, and there’s some disturbing shit going down in the world. Perhaps you’ve heard.

The surprisingly good people—the ones who are feeding the hungry, sheltering the homeless, and pulling small children out of harm’s way—they could probably use that 10 bucks more constructively than we could. Give it up, and bask in the warm glow of self-satisfaction.

Did you know all but five U.S. states have a luxury tax on feminine hygiene products — tampons, pads, etc.?

On the above video’s YouTube page are links to various nations’ petitions to remove the tax, but I don’t see one for the U.S. where we’ll need to eliminate the tax state by state.

Here’s a map of all the states that tax feminine hygiene products as “non-essential.” Shall we go bleed all over the chairs in the waiting rooms at their state capitols?

My friend Jocelyn has decided to stop saying “sorry” in situations where she wouldn’t feel relief if someone replied “apology accepted.”